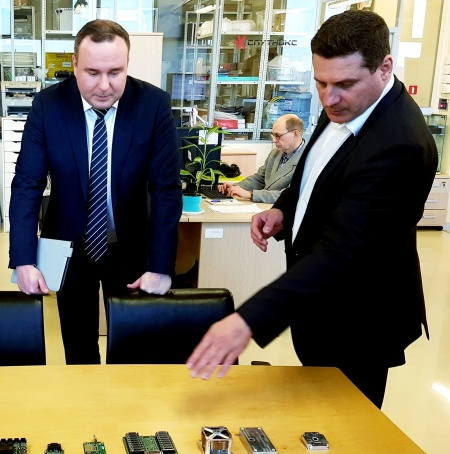 Glavkosmos will assist the residents of the Skolkovo space cluster in promoting their products onto the foreign market. The agreement on this was reached on April 17 following the visit of the Glavkosmos delegation to the Skolkovo Innovation Center where the representatives of Glavkosmos visited the production sites of Sputnix and the Fifth Generation Design Bureau.

Glavkosmos has already signed cooperation agreements with these partners – residents of Skolkovo. Sputnix and the Fifth Generation Design Bureau are examples of successful private space companies that have their own engineering solutions in satellite building. Both companies confirmed their interest in participating in the new Glavkosmos project on the unified web-portal of products and components for the rocket and space industry.

LLC "Satellite Innovative Space Systems" (Sputnix) is a Russian private company, manufacturer of high-tech satellite components and technologies for small spacecraft, as well as the services based on such technologies.