EDB FAKEL WILL PARTICIPATE IN THE NEW ONLINE PROJECT OF GLAVKOSMOS 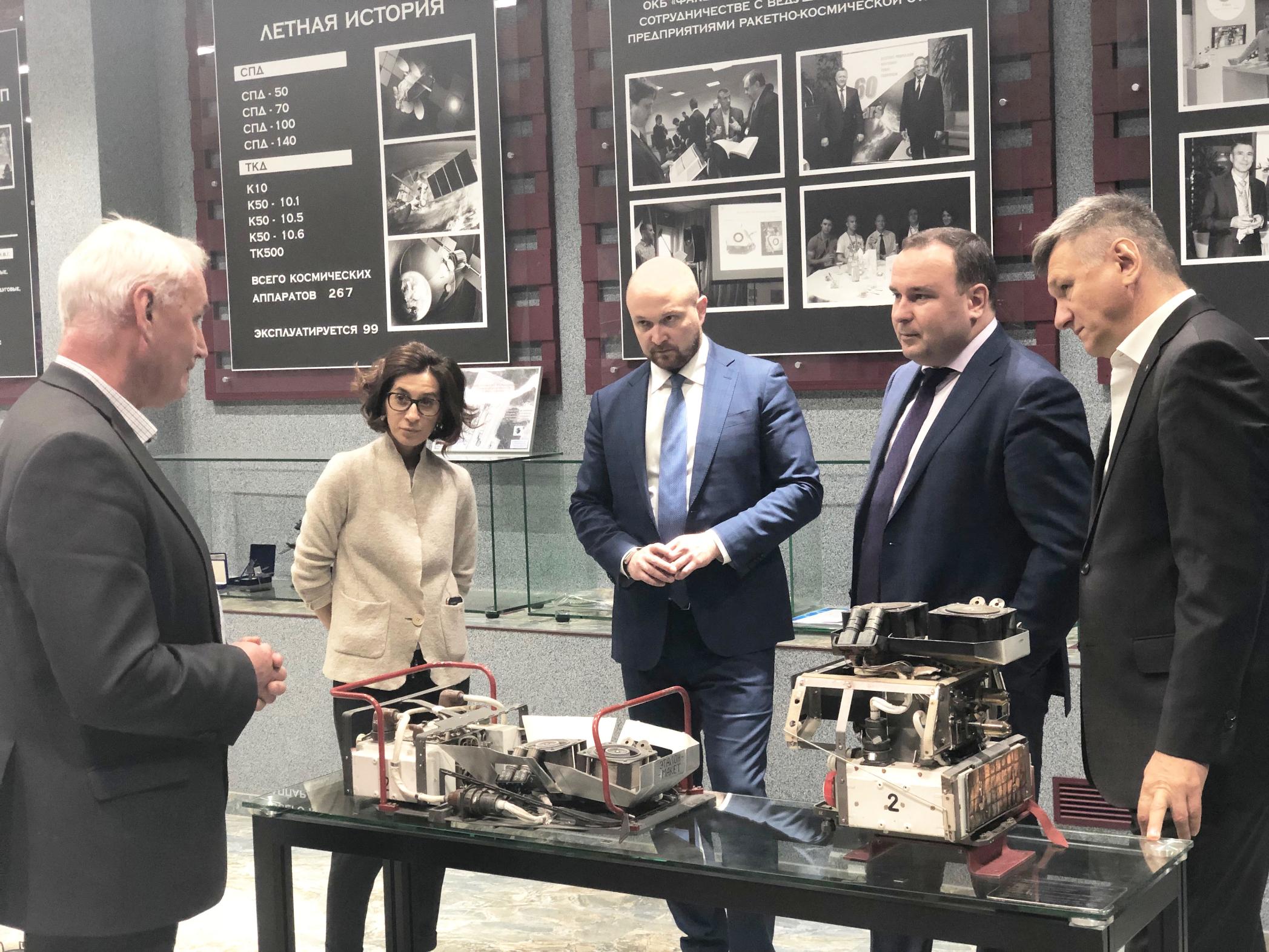 Experimental Design Bureau (EDB) Fakel has confirmed its interest in participating in the brand-new online project of Glavkosmos for the implementation of integrated solutions, promotion and sale of parts and components for the rocket and space industry, said on Monday Director General of Glavkosmos Dmitry Loskutov.

"At the business meeting on October 4, our partners from Fakel told us about the company, its significant achievements and main activities," he said. "In addition, Fakel has confirmed its interest in cooperation in our new Internet portal dedicated to the creation of integrated solutions, sale of parts and components for the rocket and space industry on the international market."

The delegation of Glavkosmos also observed the production facilities of Fakel and the full production cycle of thrusters manufactured by the company. Representatives of both companies discussed upcoming joint projects and issues of further cooperation. Тhey also exchanged views on the current situation in the rocket and space industry.

Federal State Unitary Enterprise Experimental Design Bureau FAKEL (EDB Fakel) was founded in 1955 as the "Propulsion Laboratory" of Academy of Sciences of the USSR. In 1962, Fakel received the status of design bureau and its own industrial base. Nowadays, Fakel is one of the leading companies in Russia and in the world, having 55 years of experience in development of various Electric Propulsion Systems (EPS) and more than 40 years of experience in Electric Propulsion Subsystems based on Stationary Plasma Thrusters (SPT), and long-term flight history in Thermal Catalytic Thrusters (TCT).